My latest for Nepali Times:

Full marks to the Nepal government for imposing the much tougher lockdown that we are living under since 6AM today. As of Monday afternoon it was still possible for Kathmanduites to get a suit tailor-made, meet friends for chiya and chat, or celebrate a birthday at a favourite restaurant. That made no sense: pandemics demand much more than half-measures.

Inexplicably the coronavirus has not walloped Nepal yet while it has devastated countries from our northern neighbour China to Italy and the United States. With only two confirmed cases here  we need to learn from those sad examples. Keeping people at home under lockdown will go a long way towards ensuring that no further social transmission occurs. END_OF_DOCUMENT_TOKEN_TO_BE_REPLACED

Here’s a fun piece I wrote for Nepali Times after Nepal defeated Canada at the last-minute in an important cricket match:

A Canadian living in Kathmandu, I woke up Thursday to the headline news in all the dailies that Nepal had defeated Canada in cricket.

My family in Canada woke up to read about another murderous shooting spree in the neighbouring US, a new government initiative for the country’s indigenous people, and a political leader in the province of Ontario claiming to be the target of a conspiracy.

To state the obvious, cricket is not big news in Canada. In fact, it doesn’t even rate its own page on the website of CBC, the national broadcaster. Athletics, tennis, swimming, cycling, rugby and volleyball are all there. No cricket. Ask Canadians what they think of when they hear ‘cricket’ and the vast majority will mention a hopping, chirping insect. END_OF_DOCUMENT_TOKEN_TO_BE_REPLACED

Yesterday, 30 May, Ontario Premier Kathleen Wynne apologized for the treatment meted out to First Nations children in the province’s residential schools and for the racism that underpinned the schools system.

The apology felt anti-climactic following last year’s release of the report of the Truth and Reconciliation Commission but it should be welcomed as a sign that follow-up to the report continues. END_OF_DOCUMENT_TOKEN_TO_BE_REPLACED

Inspired by 12 things successful people do before breakfast

END_OF_DOCUMENT_TOKEN_TO_BE_REPLACED 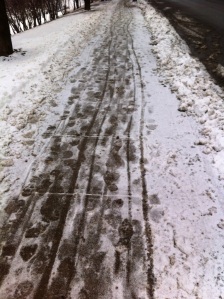 Peter Mansbridge asked an important question Monday night during a panel discussion about the Idle No More movement. ‘Why is it that such extreme views are voiced when indigenous issues are discussed?’ asked the host of CBC-TV’s The National.

The question is important because I see the gulf between aboriginal and non-aboriginal Canadians growing instead of shrinking, and I don’t think that a wider divide is going to benefit any of us.

I see the gulf between aboriginal and non-aboriginal Canadians growing instead of shrinking, and I don’t think that a wider divide is going to benefit any of us.

Having grown up in a small town on Vancouver Island where many people had strong views on this issue, I think I can answer Mansbridge’s question, for the non-aboriginal side: fairness. Many non-native Canadians believe it is unfair that aboriginal people in this country receive benefits like free education and tax-exempt status.

The Canadian Red Cross delivered aid to the aboriginal community of Attawapiskat on Tuesday. One month ago the community declared a state of emergency over housing conditions as winter approached.

Canadian Prime Minister Stephen Harper pointed a finger at the community itself for not spending money provided by his government wisely. However, as the Canadian Press pointed out, the Auditor General previously warned Harper’s government that there was no proper oversight of money being provided for housing on First Nations and that the levels provided were based on dated information.

No doubt more will join the blame game in the glare of the current media spotlight. But are any of the politicians now flying in to show their concern prepared to make the long-term investment needed to tackle this situation, which is repeated in many other aboriginal communities across this country?

And if they’re not, what does that say about Canada?

A group of Mohawk people from the Grand River First Nation have begun exhuming what they call a mass grave at a former residential school in Brantford, in the province of Ontario.

A message and video announcing the action is posted on the website of the International Tribunal into Crimes of Church and State. It quotes a Mohawk elder saying the work is being done to “finally give [former students] a proper burial and bring to trial those who killed them”.

The Mohawk Institute was operated by the Anglican Church. It opened in 1828 and closed in 1970.

I don’t read much about education – and I started reading the following because I was interested in the style of the video, not the content. But the more Sir Ken Robinson said, the greater my interest grew. Consider:

Because, says Robinson, we’re using a model developed during the west’s industrial revolution.

Watch this insightful, moving and humourous speech by Nigerian writer Chimamanda Adichie about the power of stories and the power that controls stories.